<p>During the famous “Gold Rush of ‘49”, adventurous prospectors searched for gold up and down a small, year round, creek that meanders through the Loomis Basin. Not more than 16 miles from Sutter’s Mill, the site of the 1849 discovery of gold, the creek was explored by prospectors and is presumed to be named Secret Ravine Creek because it is visually shielded by the hills and trees which constitute the beginnings of the Sierra Foothills. There is no record of extensive gold recovery from the Loomis Basin. As the gold ran out, the prospector’s turned to other trades as merchants and farmers. Asian workers from the railroad & quarries joined in to produce fruit and vegetable crops in the area. The topography, soil, and climate are perfect for wine grapes and immigrant explorers of European background soon established vineyards in the basin. So the secret is, those early settler’s planted and produced wine grapes in significant quantity, starting in the 1870’s. Prohibition which contributed to the subsequent demise of the wine grape industry, shifted production from grapes to fruit for shipment by rail to the markets in the east and west. The resurgence of wine grape growing in the Loomis Basin began in the late 1990’s and has grown steadily since then. The Loomis Basin, is formed by the American River and Folsom Lake (on the southeast), a ridge line on the northwest, and the upslope to the Sierra’s on the northeast, which closely resembles the terroir and climates of the Cotes du Rhone, Tuscany, and the northern Napa & Sonoma Valleys. A long growing season, hot summer days and cool nights, shallow foothill soils, and water for irrigation provide ideal conditions for production of mature fruit with character. As our name implies, the winery and vineyard are located near Secret Ravine Creek, in the Loomis Basin. A significant portion of the grapes used to produce our wine comes from land that was a vineyard from 1870 – 1954. During that period they grew Zinfandel, Tokay, Mataro (Mouvedre) and Mission grapes. Today we grow Zinfandel, Syrah, Sauvignon Blanc, Barbera, and Sangiovese.</p> 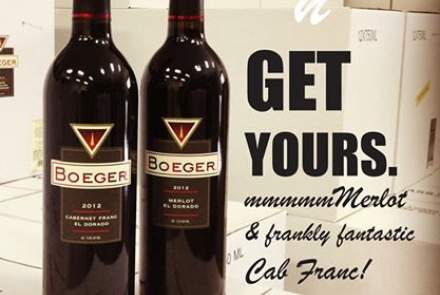 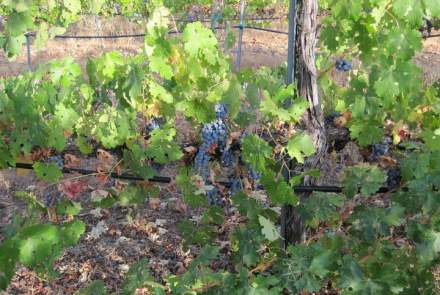 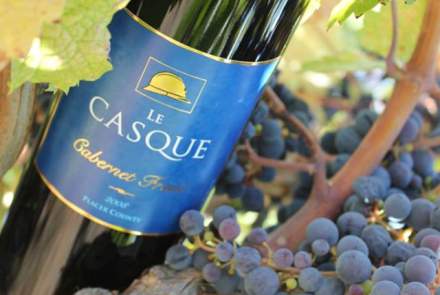