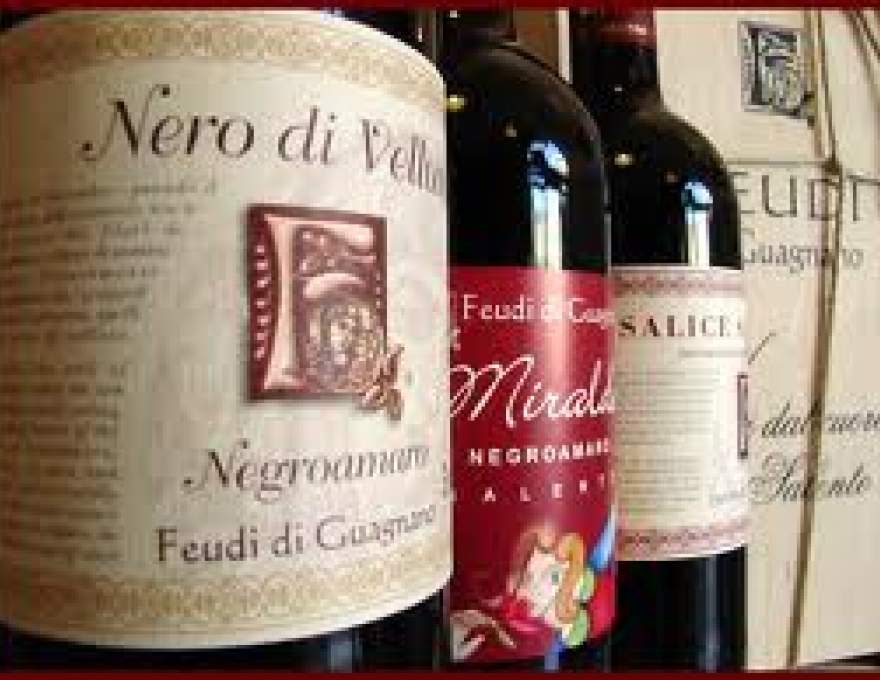 Feudi di Guagnano was founded by five young entrepreneurs, who share a simple but ambitious plan: to save the Negroamaro vineyards abandoned by elderly winemakers, no longer capable of cultivating the vines.
That is why producing wine is, above all, an act of love for our territory, North Salento, historically one of the most important regions in Italy for viticulture.

The “mission” of the company is held in the name “Feudi di Guagnano”. “Feudi” is the Italian plural of the word fief, meaning district. More precisely, it refers to the vineyards, many of which are smaller than one hectare, located in various agricultural areas in the Guagnano district. “Guagnano” has been chosen to celebrate a territory rich in traditions and in the history of wine that has always based its economy on the cultivation of Negroamaro. Furthermore, the company logo uses an image of the fresco of the “Virgin Mary with Child”, around which, according to a popular legend, the first houses were built. The winery and its vineyards are located in Guagnano. A small village near Lecce, and in the classic area of Salice Salentino Doc, in the centre of Salento.
The company has many vineyards that cover an area of approximately 15 hectares: Negroamaro, Malvasia Nera, and Primitivo are the three cultivated varieties.