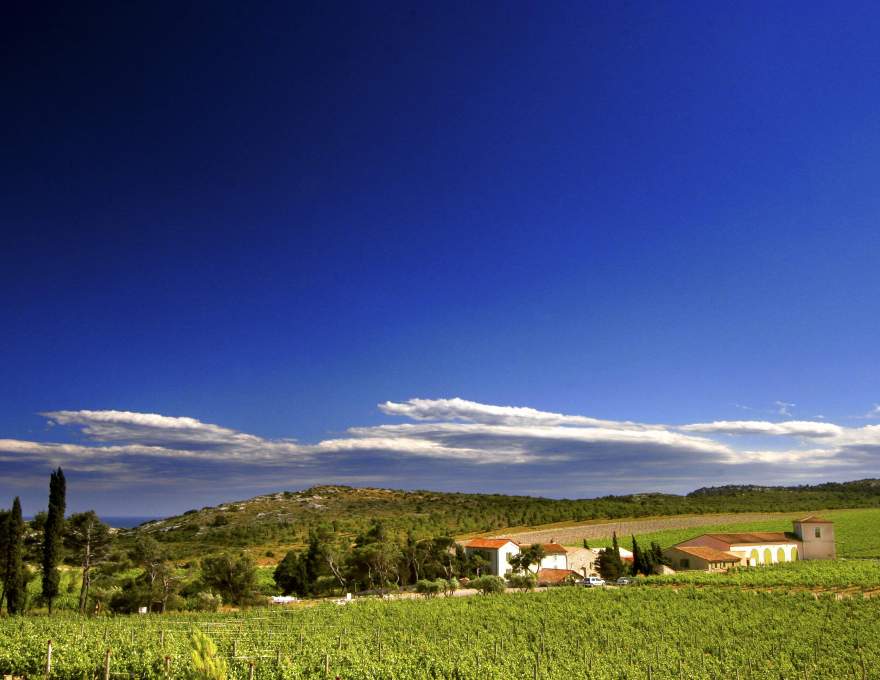 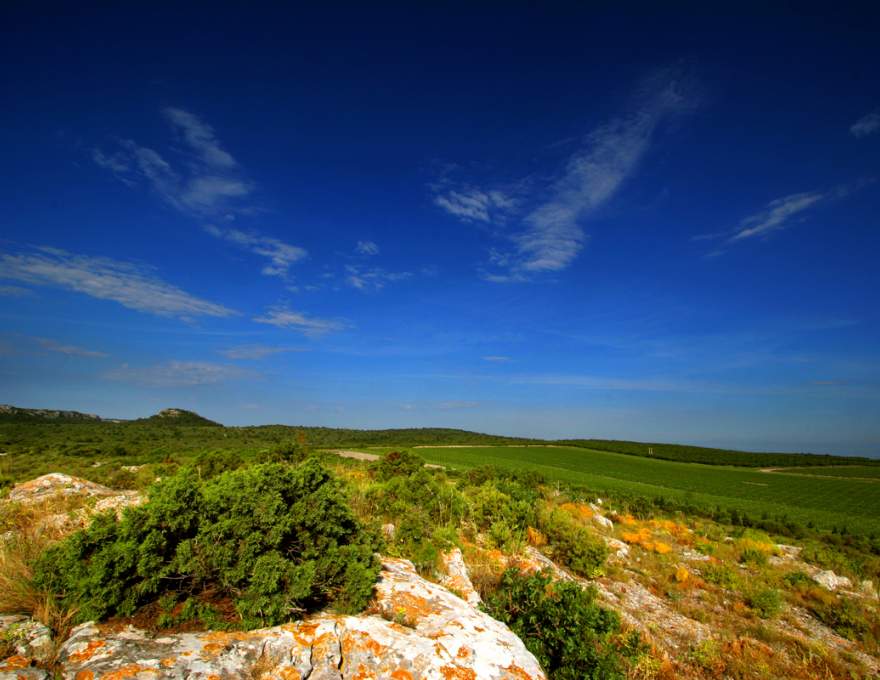 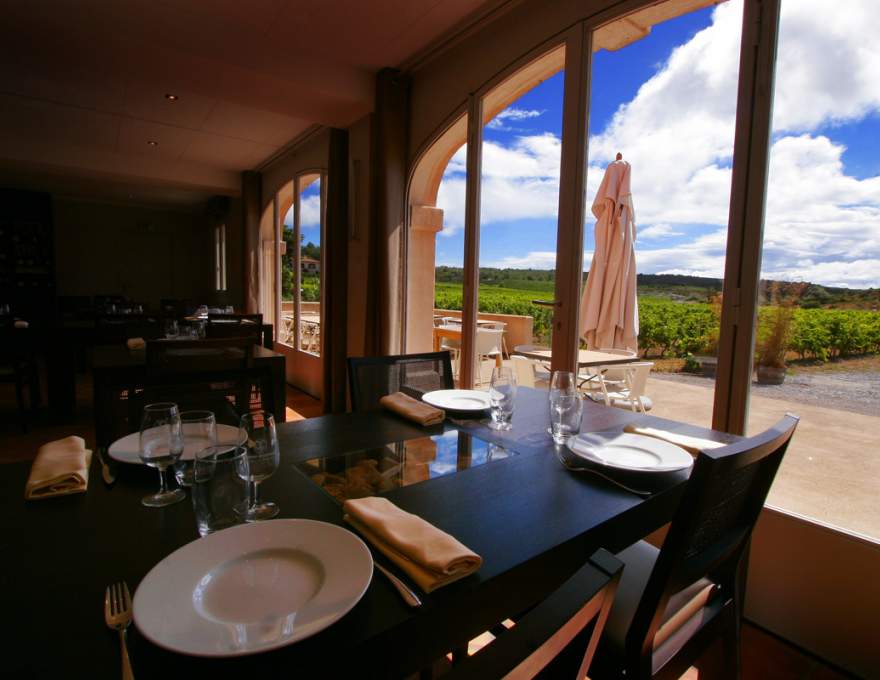 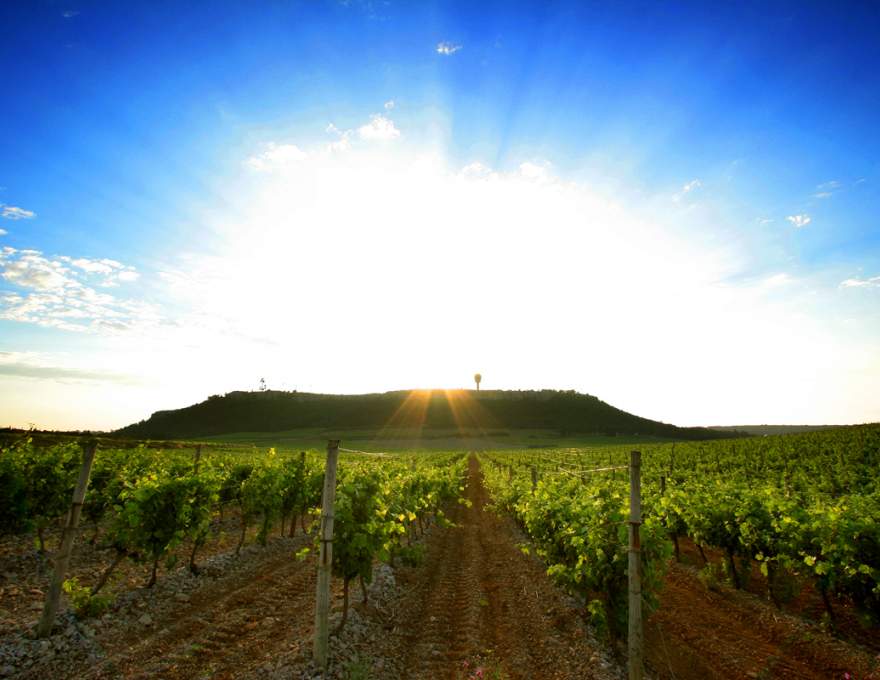 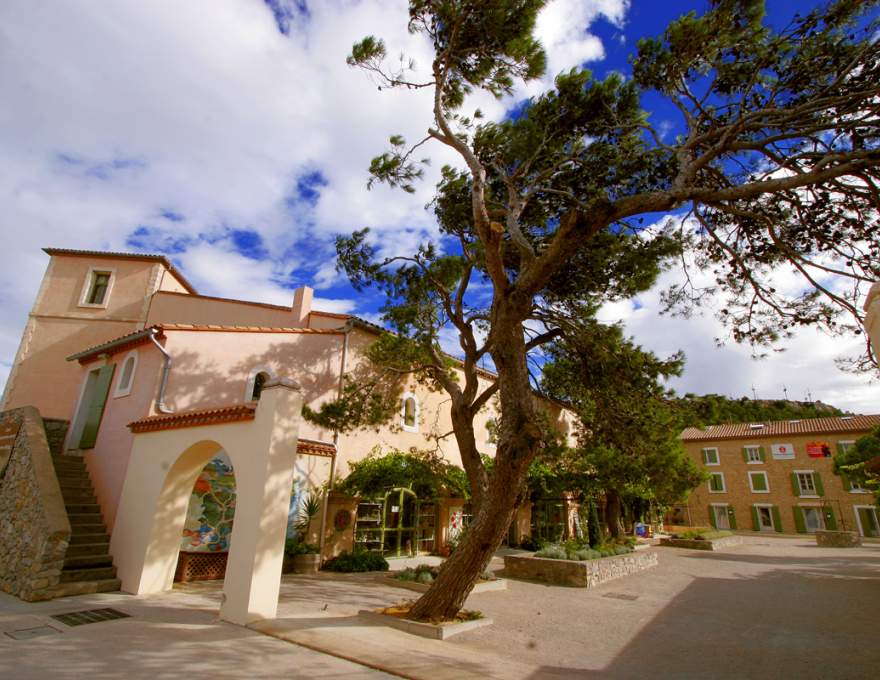 Château l’Hospitalet stands just a hundred metres from the Mediteranean Sea, which it overlooks. Enjoying a semi-arid Mediterranean climate with a mild winter variant, the vineyard has exceptional climatic conditions: long sunshine hours, heat stored up during the day by the limestone and then released at night to warm the grapes, the Mediterranean Sea which tempers the effects of temperature variations, and the altitude which softens the summer heat-waves.
Two types of soil contribute to the aromatic complexity, finesse and elegance of this cuvée: the marl-limestone soils at the foot of the cliff which are rich in fossils and provide water to the vines all year long despite the absence of summer rainfall; and the red Mediterranean soils formed on bluish grey compact chalk from the garrigue, resulting in rich, concentrated wines. The vines are tended using rational methods in line with the Terra Vitis approach, guaranteeing the traceability of growing practice which is checked by an independent organisation. In 2013 Château l'Hospitalet started its conversion to a biodynamic status. 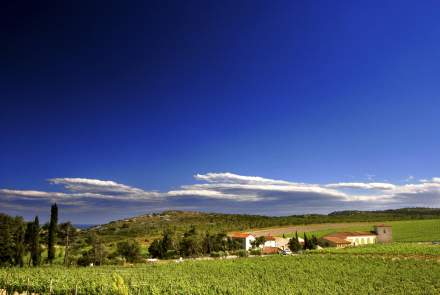