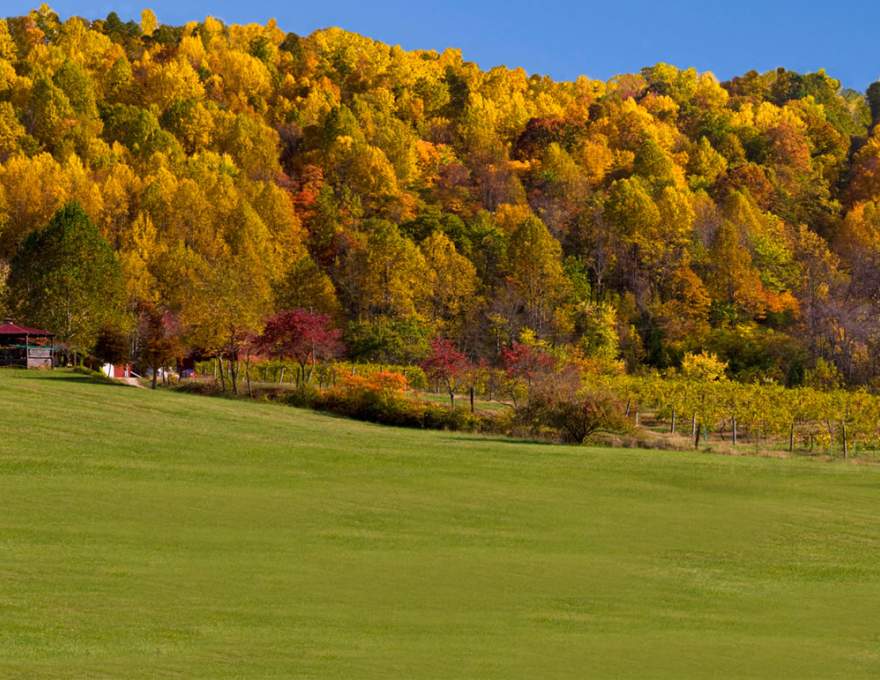 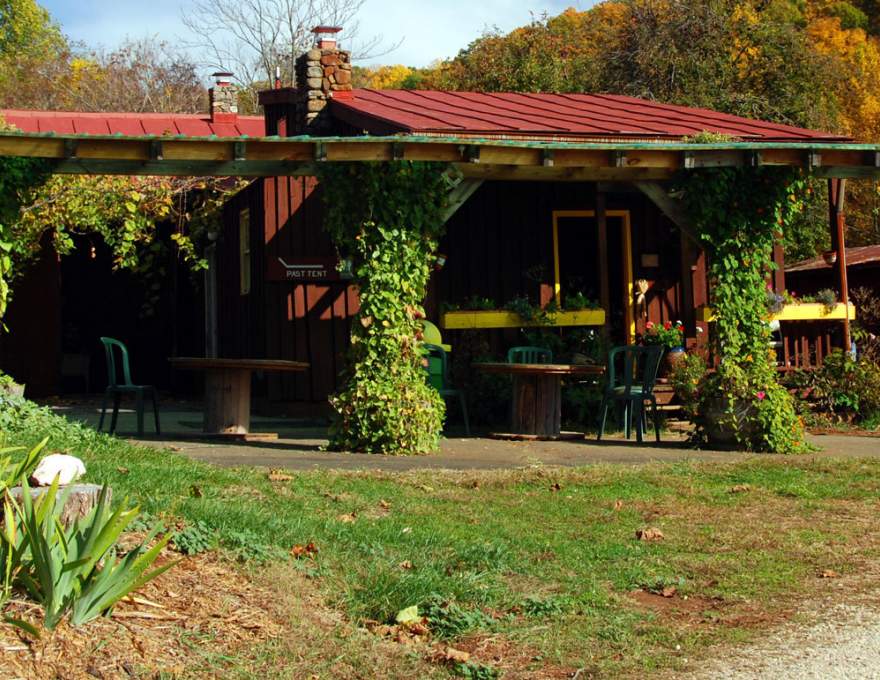 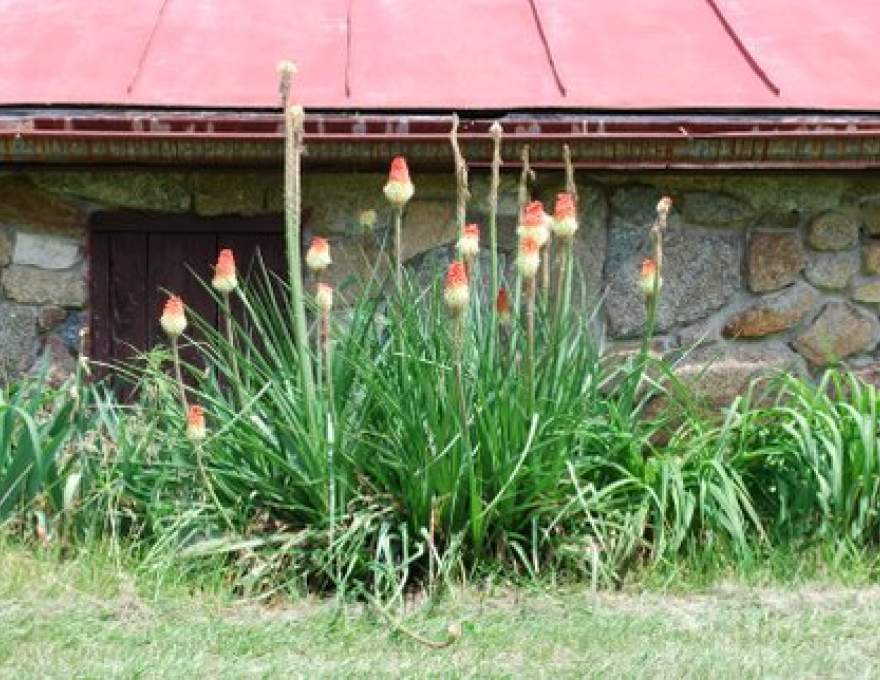 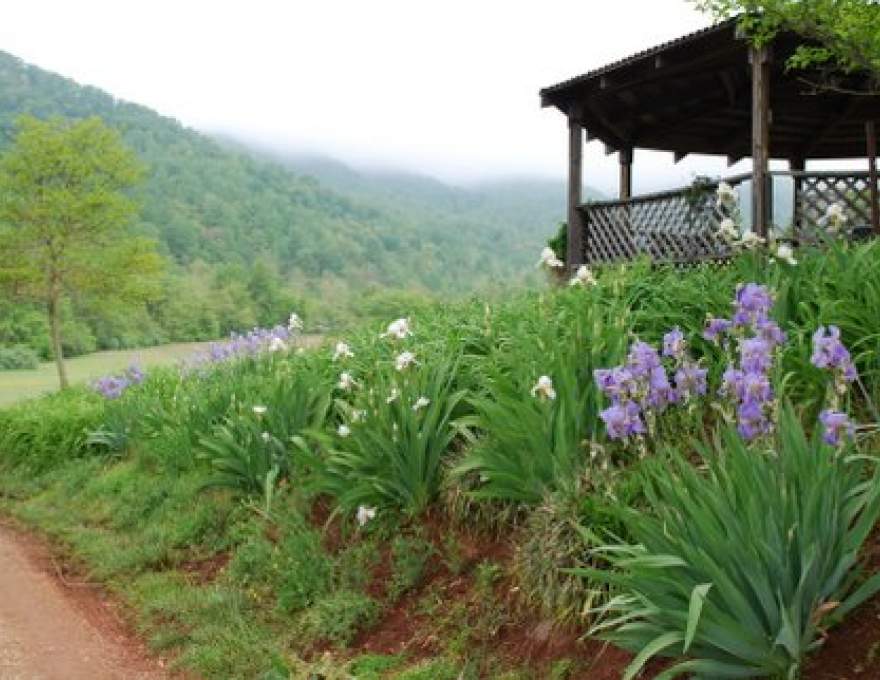 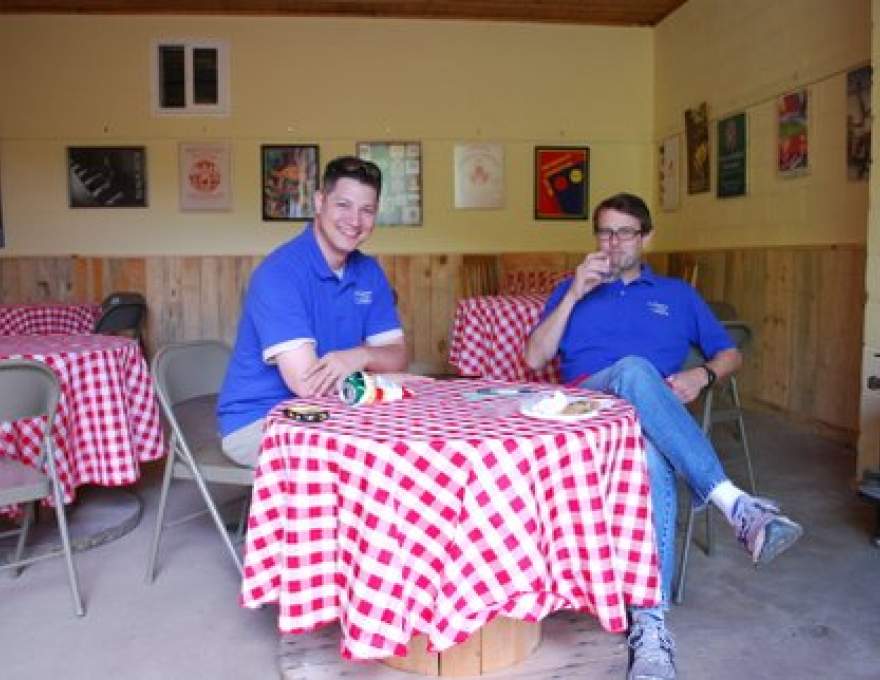 I, Al Weed, my wife Emily (also known by her Chinese name, Suiling), our son Trés and infant daughter Julie, came to Nelson County in the summer of 1973 to plant a vineyard, build a winery and establish our family’s roots. That fall, global oil prices went through the roof (the first “oil shock”) and keeping warm in our un-renovated farmhouse, with its ancient and inefficient oil furnace, was a real challenge. We had purchased the home-place of a larger, abandoned farm that had at least thirty acres suited for vineyards. In the Spring of 1974 the first six of twelve acres were planted. Learning how to grow grapes (and control weeds) has been a thirty-five year adventure but, when the weather cooperates, the vines produce the fruit to make first class wines. Originally called “La Abra Farm and Winery”, we soon adopted the Mountain Cove name as it was easier to pronounce and evoked the small valleys found in Central Virginia. To begin the winery construction we had to tear down some of the older buildings. Our design was simple. We hired local artisans to build the stone structure from rocks found in the creek running through the vineyard, and local tinsmiths for the roofs. The carpentry, plumbing and electricity were done by Ladd Davies – an old Army buddy – and me. The wooden salesroom/office used a then popular technique known as “green wood construction” with the red oak coming from a local saw mill and the yellow pine beams from my neighbor’s hillsides. We are in the process of expanding the sales room slightly and building a bistro in our wine cellar. Today, it is much as we started with, although we are in the process of expanding the salesroom and its porch. We have also converted a portion of the wine cellar to a very welcoming bistro suited for indoor events. Our first outdoor events took place under a magnificent walnut tree that was destroyed by lightening in the early 1980’s. (Planks from that tree will be incorporated into the bar in the new Bistro and the tasting room counter.) Over the years Mountain Cove has hosted a wide variety of events, including the only stage performances of Earl Hamner Jr’s “The Conflict, and today is home to special parties, summer Shakespeare performances and weddings. Although Mountain Cove has remained a family run business, (with paid help today only for picking and seasonal vineyard activities) we could not have succeeded without the help of Emily’s mother Joyce and a legion of hard working (and drinking) friends. As we all have aged this energy usually shows up only at wine festivals and events at the winery. We use a mix of American oak barrels to age the reds and stainless tanks for the whites and our fruit wines. We have always done our own bottling with in-house equipment and today use a system that allows for a one-man operation producing fifteen cases per hour. Over the years my involvement with the political aspects of wine production has led me to run for public office – for the nomination to run for State Senate, and twice as the Democratic candidate for Congress in Virginia’s 5th District. For almost eight years I was co-Executive Director of Public Policy Virginia, a non-profit working to bring to Virginia’s rural regions the benefits of biomass energy. 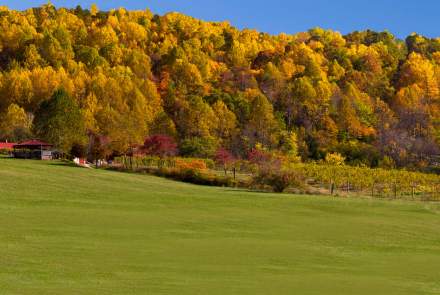 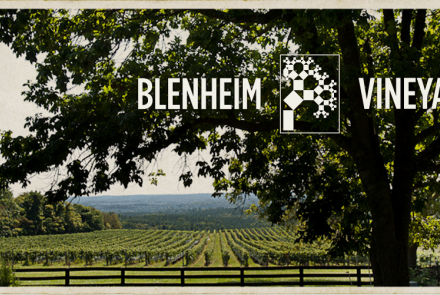 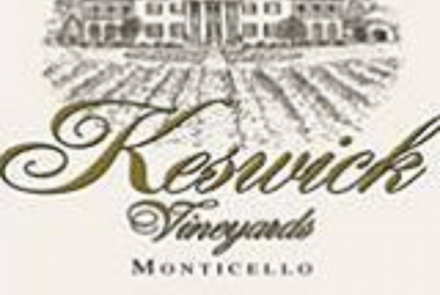