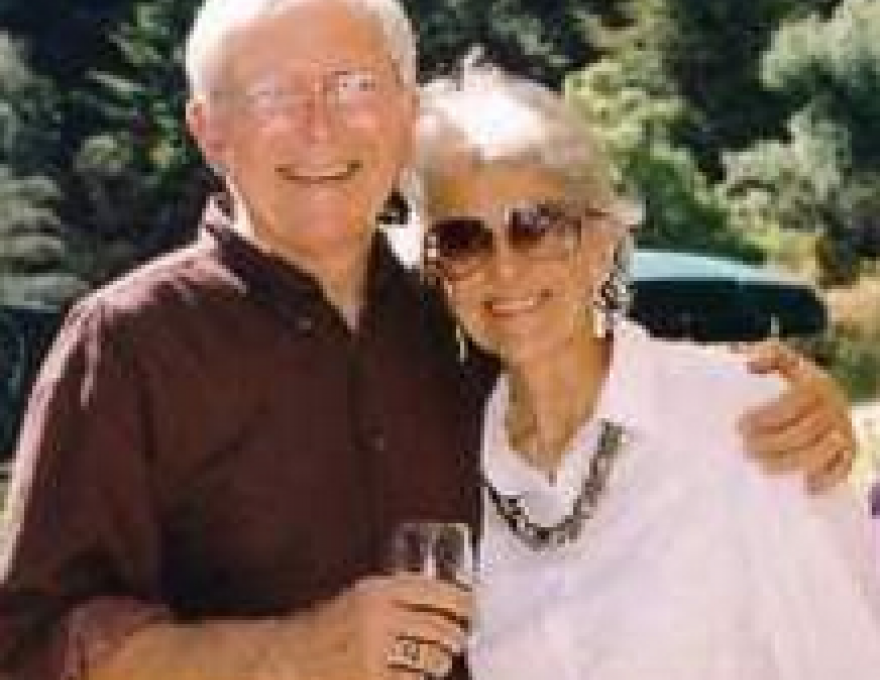 <p>​No hype, no fad, not a trend.  AHLGREN wines have earned a reputation for consistency of quality: fine balance, fullness and intensity of varietal flavor, firm structure, complex character and extended life.   </p>
<p>Founded in 1976 and still located in the cellar beneath the rustic mountain home of Dexter and Valerie Ahlgren, AHLGREN VINEYARD is dedicated to limited production of fine premium wines: Semillon, Chardonnay, Cabernet Sauvignon, Merlot, Cabernet Franc, Zinfandel, Nebbiolo, and Syrah.  The Ahlgrens employ traditional, hands-on methods and premium grapes from carefully selected vineyards.</p>
<p>Just how does a reasonably sane professional suburban couple get into the business of winemaking?  It is a question asked at virtually every wine tasting ever given by the Ahlgrens.  Leaning back against a stack of barrels in the small cool cellar beneath their home in the Santa Cruz Mountains, a visitor gazes into the glass, smells the lovely wine and cannot help but wonder. Laughing, Dexter's answer inevitably comes back, "It is all Val's fault."  </p>
<p>In the early 70's she became interested in fermentation, and right there under the kitchen table in the heart of Silicon Valley, things began to become transformed into ever more interesting beverages -- elderberries into elderberry wine, honey into sparkling mead, malt and hops into beer.  Meanwhile, in the adjoining garage, other mysteries were exploding dangerously, and at times all entry was temporarily forbidden.</p>
<p>When Val's wines became intriguingly tasty, Dexter became intrigued, and it turned out he was the gifted winemaker in the family.  Possessing that precious mix of acute senses of taste and smell, and blessed with common sense, Dexter demonstrated an intuitive and intelligent  awareness of how to handle grapes and wine.  </p>
<p>Soon the suburban garage had been emptied of its autos; converted into a winery-within-a-garage complete with insulation, cooling, and French barrels ready for the next grape harvest.</p>
<p>Zinfandel, it was to be, and two tons arrived in the driveway there on Cascade Drive in Sunnyvale to be crushed, fermented, pressed and barrel aged under the wondering gaze of patient suburban neighbors.  A true Silicon Valley Garage startup!</p>
<p>Of course, things could not go on this way indefinitely, and the Ahlgrens began to contemplate the realities of the fact that, speaking of winemaking, things were definitely getting out of hand.  There would have to be a move.</p>
<p>Val had left her teaching position at De Anza Community College to spend more time with her family, and soon after, Dexter decided to sell his share of his Silicon Valley civil engineering company to his partner and strike out on his own as a consultant.  Now, they could live anywhere that a phone call could connect Dexter with his engineering clients.  The search began for a vineyard site that could accommodate a small winery, and a home for the Ahlgrens within striking distance of Dexter's Santa Clara Valley engineering clients.</p>
<p>The land was discovered in the heart of the Santa Cruz Mountains. Sym Van der Ryn, architect, was engaged, and in 1973 the great adventure of building their rustic, handmade house began, starting with redwood logs purchased from a neighboring property.  The Ahlgrens milled the lumber with an Alaska mill and built their mountain home with the winery nestled into north side of the hill beneath the house.</p>
<p>Bonded at last in 1976, this small winery was dedicated to limited production of fine premium wines by traditional hands-on methods, and has successfully established a reputation for wines of consistently high quality and long life. </p>
<p>The Ahlgrens started off the New Year of 2000 with the appointment of daughter Beth Ahlgren to the position of Winemaker after Dexter suffered a stroke. Beth had returned to Ahlgren Vineyard on 9/9/99 from ten years in Portland, Maine, where she represented the winery in the fields of Public Relations and Marketing. Back at the winery, she took the job of Assistant Winemaker in time for Vintage '99 before moving up to Winemaker in 2000 making an incredible contribution during the months of Dexter's recovery.</p>
<p>After over a year as Winemaker, during which Dexter made a remarkable recovery from the January, 2000 stroke, Beth moved on to a career in Santa Cruz. Dexter resumed his role as winemaker, and is delighted to be back at it.                      </p> 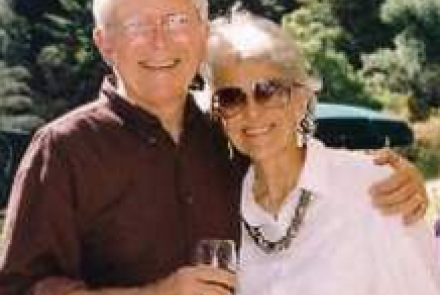 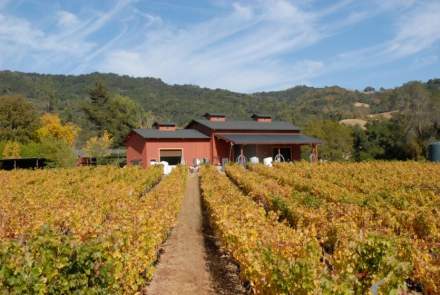 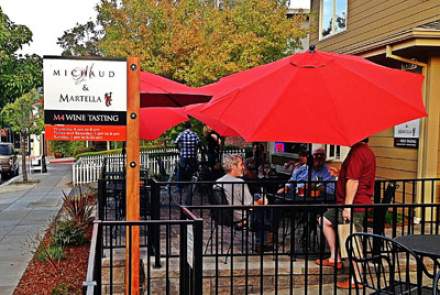 MJA Vineyards - By the Sea