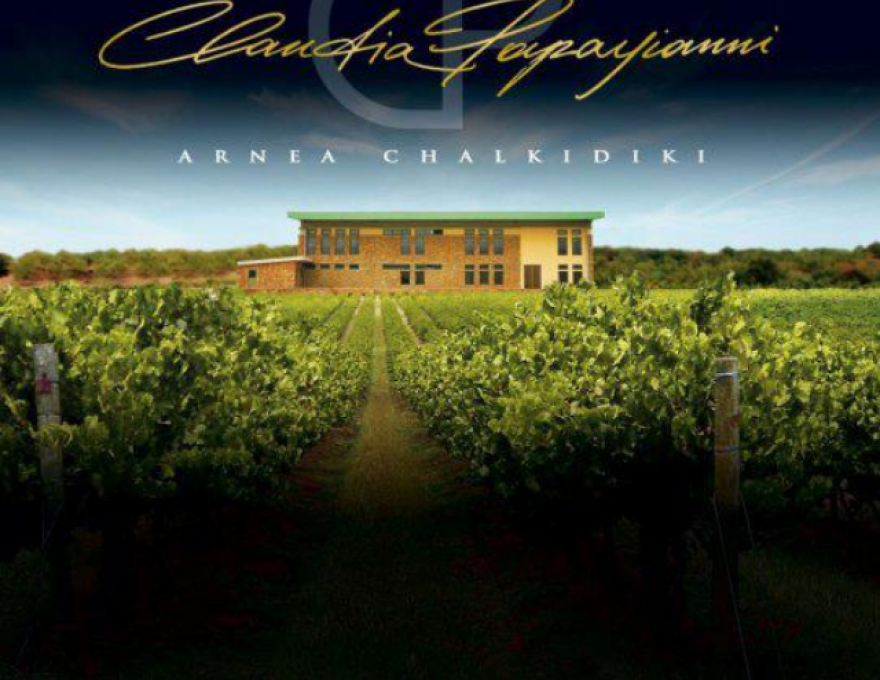 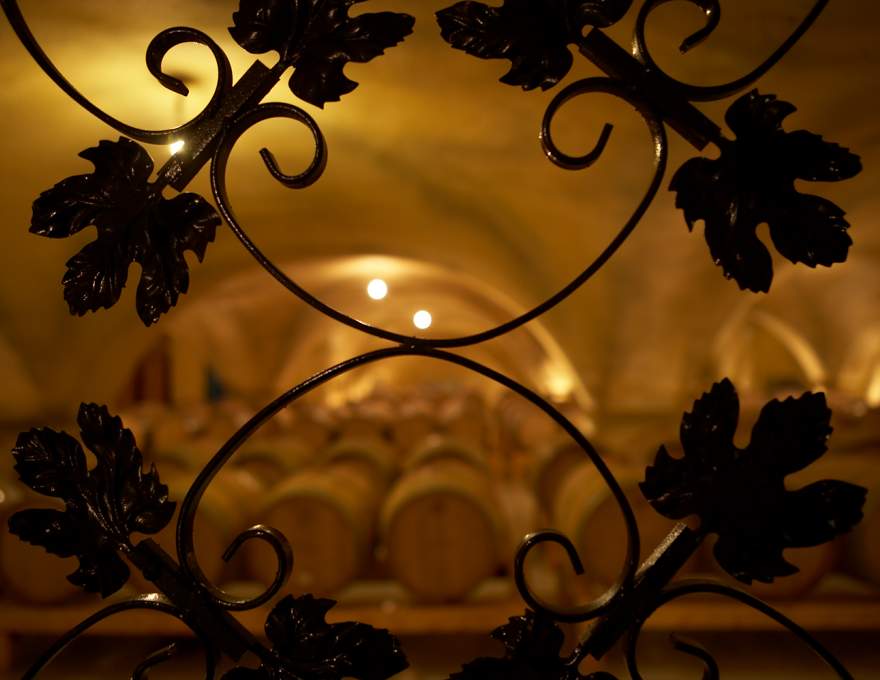 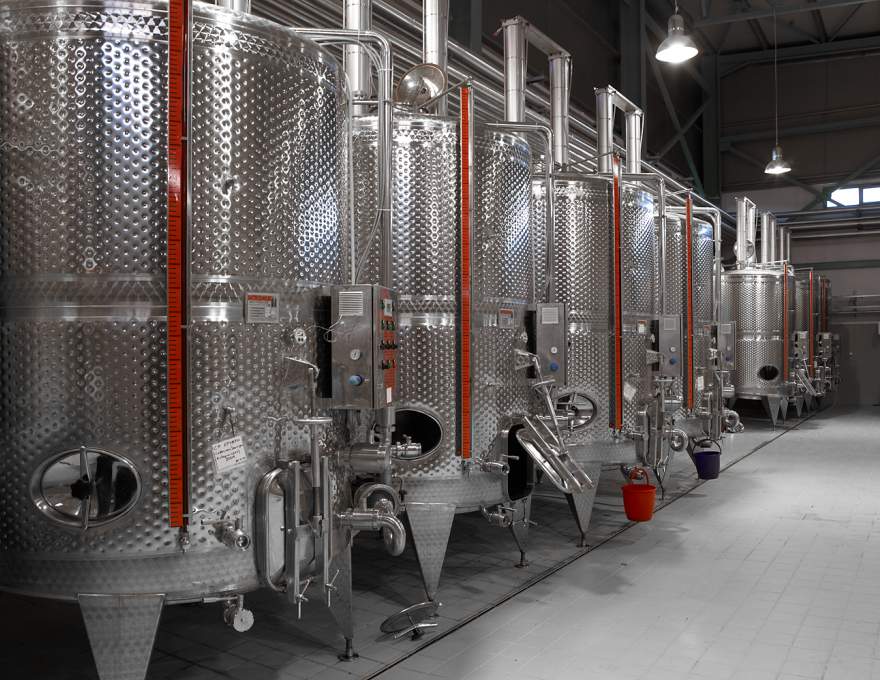 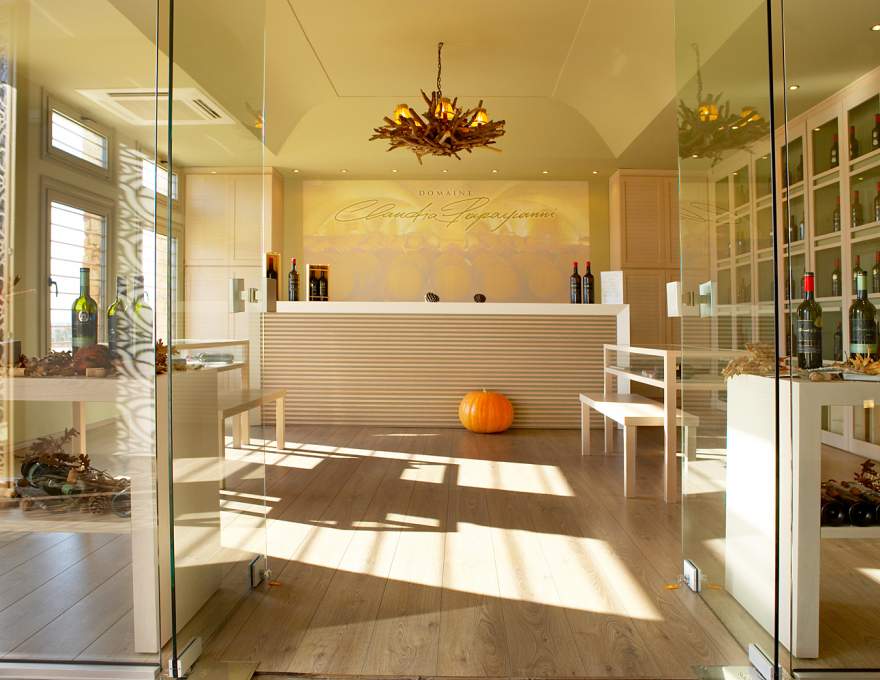 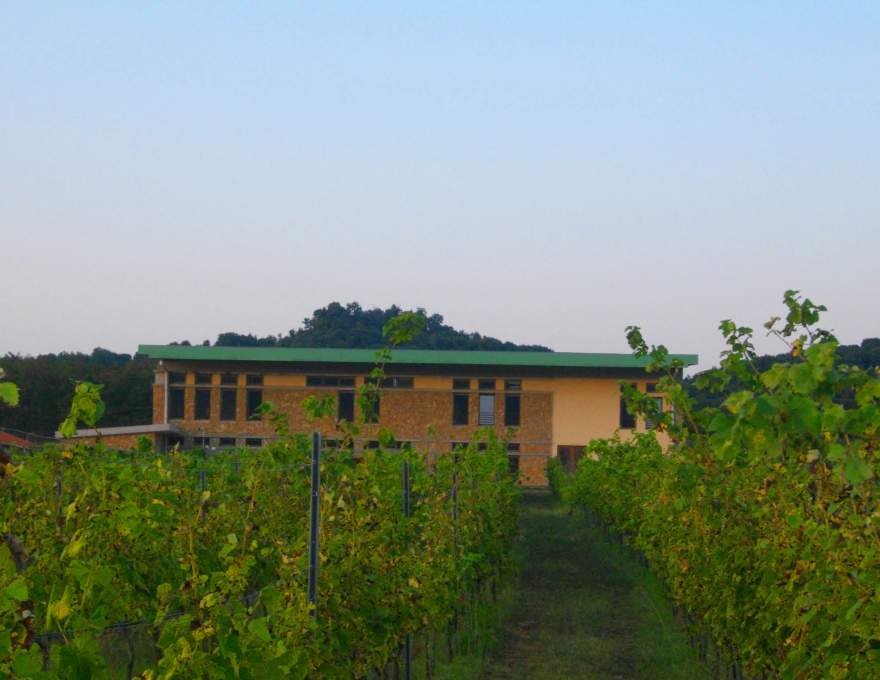 My father descends from the mountainous part of Arnea. I have always been enchanted by this place – by its nature, traditions, architecture and life.

In 2003, when I first started setting up the vineyards and Winery, there was only one thought on my mind: “I am going back to my roots”.

Now, looking at the vineyard and our wines with my children by my side, I can honestly say I feel whole”.

In 2003 the first vineyards were planted in the areas of Arnea and Marathousa on 20 hectares of privately-owned land.

My belief in and love for this place made me choose organic farming, which led to the systematic selection of indigenous and international varieties based on the region’s microclimate.

Yield control was applied to the vineyard and state-of-the-art technology was employed in the vinification process. The wines had to have the best possible quality.

Based on this principle, the construction of the 3300m2winery began in 2006. The building was completed in 2007 and currently includes a vinification and bottling area, raw material and finished product storage areas, a laboratory-quality control, a 900m2 underground wine cellar/vault, a multimedia and wine-tasting room, and an area displaying the vineyard’s wines and other local products.

This brought the estate its first distinctions in Greek and international competitions.

The 2007 harvest led to the creation of three new labels, the Claudia Papayianni rosé, ALEXANDRA (named after Claudia’s daughter) from the old Greek Malagouzia variety, and NIKOLAS (her son) from the Merlot variety.

The other two labels were named Ex Arnon, as a small tribute to the area. The white wine is made of Assyrtiko - Chardonnay and the red wine of Syrah – Xinomavro. Both constitute the estate’s affordable solution for a quality wine.

Exports to America, Germany, Belgium, Luxembourg, Holland, Cyprus and other countries currently cover approximately 30% of the estate’s production, a rather impressive percentage for a newcomer.

In 2000 the Agronomist and Professor of Viticulture Dr. Stefanos Koundouras began to study the ecosystems in the Arnea region for the purpose of setting up a 20-hectare vineyard in the regions of Arnea and Marathousa, on behalf of Claudia Papayianni. The objective was to produce high quality ‘terroir’ wines, which – according to Claudia’s philosophy – would reflect the characteristics of their place of origin and be based on the principles of organic farming.

The area selected for planting the estate’s vineyards lies in the west, just outside the traditional village of Arnea. The region has a continental climate. Its winters are known to have very low temperatures, heavy rain and snowfall, which provide the vineyards with the necessary moisture to survive the relatively dry and hot summers. Spring has a relatively low rainfall, but the sunshine and northwest winds of varying intensities clear the fog and late frost, thus helping to ward off diseases. Summers are dry, having many hours of sunshine and heat, which alternate with low temperatures at night due to the area’s close proximity to Holomontas, Chalkidiki’s lush green mountain. These conditions contribute to the slow and normal maturation of the grapes (ideal for high quality red wines) and to increasing the aromatic potential of white varieties.

The vineyard’s soil is divided into two groups: medium-textured sandy loam and clay loam soil. These are relatively neutral to alkaline soil types, poor in organic matter, with good permeability, thus allowing for rainwater infiltration, and rich in iron and magnesium.

The subsoil is limy and allows the root system to grow deeper in search of trace elements.

These soils combined with the subsoil contribute to the production of wines that are rich in colour, have strong aromas and well-structured tannins, which suggest good age-ability.

2003 marked the first planting of Syrah (pronounced see-rah – French red grape variety that produces wines with a bold colour, medium-acidity and strong red fruit aromas that become more complex when kept in a barrel) and Grenache Rouge (pronounced gren-ash ˈruːʒ - red variety of Spanish origin producing wines that have high alcoholic strength, are fruity, have medium acidity and body and are slightly pale in colour). The blending of Grenache and Syrah produces a superb rosé.

The planting continued with Assyrtiko, the most versatile white variety of the Greek varieties, which produces wines with high acidity and a pleasant citrus aroma. At the same time Malagouzia was planted, an old Greek variety that has been revived in the last fifteen years starting from Chalkidiki and produces wines with a strong fruity and floral aroma and medium acidity.

Xinomavro, the “queen of Macedonia”, was chosen from the Greek red varieties. Being a versatile variety, it can produce different types of wine and form the base of many blends.

The last plantings involved the following cosmopolitan French varieties: Chardonnay (pronounced shar-doe-nay), which can produce complex white oily wines with full body, especially when kept in a barrel; Viognier(pronounced vee-ohn-yay), which produces strongly aromatic and rich-bodied white wines; Merlot(pronounced merr-lo), which produces red wines that are soft and have the ability to age; and Cabernet Sauvignon (pronounced cab-er-nay so-vin-yon), the dominant red variety from the Bordeaux region that produces assertive and tannic wines that develop in the barrel.

After conducting a thorough study, the construction of the 3,300 m2 Winery on a 3.5 hectare plot began in November 2006.

The Winery was completed in 2007 and currently includes a raw material reception area, as well as a vinification and bottling area, raw material and finished product storage areas, a laboratory and area for experimental small-scale vinification, a 900 m2 underground wine cellar/vault with wine barrel washing equipment, a multimedia and wine-tasting room, and an area displaying/selling the vineyard’s wines and other local products.

The section that is open to visitors includes a vinification and bottling area, as well as a wine-tasting area in the underground wine cellar next to the barrels and space where the vineyard’s wines are displayed and sold.

Future plans include the operation of the multimedia room, the wine-tasting room assisted by a professional kitchen and the outdoor event area next to the vineyard surrounding the winery.

The current capacity of the Claudia Papayianni Winery is 200,000 bottles, with a potential to increase production to 800,000 bottles.

The winery’s machinery includes a destemmer; pumps for transferring grape pulp, must and wine; screw conveyors for stalks and marc; a 5-ton closed-type pneumatic press; and a diatomite, plate and film filter.

The vinification area includes 17 stainless steel settling, fermentation and storage tanks, 7 stainless steel fermenters with pistons, 1 Ganymede-type fermenter, 2 stainless steel cold infusion units (oval) and 2 stabilization tanks with a total capacity of 150,000 liters. Being equipped with a nitrogen network, all tanks have automatic and controlled heating and cooling via an alternator and a central temperature control system.

The winery has a modern bottling line (Monoblock), as well as capping and labeling machinery.

The two storage areas have a heating and cooling system for creating a balanced preservation environment. Bottled wines rest in ideal conditions, packed in cardboard or wooden boxes until they are released in the market.The wine cellar and vault extend across a single underground space of 900m2, where the conditions are ideal for aging, maturation and preservation. This area has a fixed temperature of 14°C and approximately 80% humidity throughout the year, both of which are regulated by a special air-conditioning system. The cellar houses 104 oak barrels of the Allier & Nevers type. Most of the barrels are of French origin, while 20 are American. 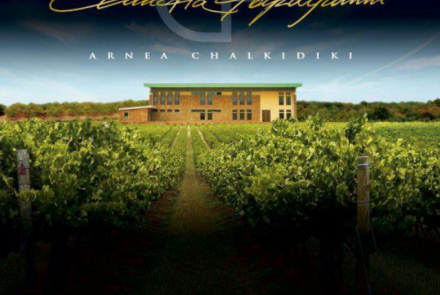 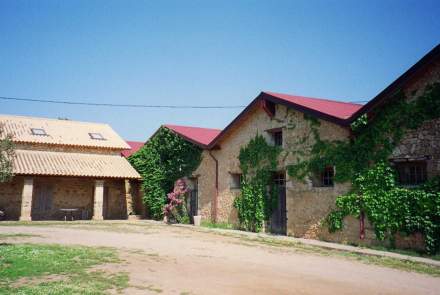